Thanks for stopping by! We’re happy to share this month’s celebration with you

November is National Native American Heritage Month. In 1990, the U.S. Congress passed and President Bush signed into law the acknowledgment and recognition that Native Americans are the original inhabitants of the United States. Read on to learn more about the foodways of the Native People in New England, discover a recipe, and learn something new!

In Massachusetts there are two federally recognized Tribal Nations: the Mashpee Wampanoag Tribe and the Wampanoag Tribe of Gay Head (Aquinnah) of Massachusetts and one state-recognized, Nipmuc Nation. The Native People in New England are descendants of the original inhabitants living in this part of the United States when the country began. Let’s look at what foods are part of a Native Person’s diet. While recipes have changed over the centuries, Native People’s foodways are alive and celebrated today.

Native People knew hundreds of years ago that eating a wide variety of foods was the best way to maintain their health. They sought wild plants, hunted game, caught fish and seafood, and planted their own crops. By using just what they needed they never wasted the wide diversity of foods available. At the same time, they protected the environment. Their belief to ‘take what you need but leave what you don’t give others the ability to search for their own food.

To get an idea of what Native People might eat, let’s start with breakfast! Who doesn’t like starting their day and ‘breaking their fast’ deliciously and nutritiously. How about starting with a Wampanoag nasaump. Nasaump is a porridge, similar to oatmeal, but made with cornmeal instead of oats, and is usually served with berries and nuts and sweetened with maple syrup. Delicious! What a great way to start the day.

When we talk about the food Native People grew and enjoyed, particularly in New England, it makes sense to talk about the “Three Sisters”. The “Three Sisters” consists of corn, beans, and squash that are all grown together. It’s the first known example of ‘companion gardening’. Companion gardening means that plants grown together support one another and enhances the soils health. The Wampanoag were known for their gardening expertise. Nearby Tribal communities copied this growing practice. It was the Wampanoag who taught the English settlers how to garden! They didn’t plow the land but built-up mounds of earth planting corn and beans on top with squash in between. The corn gave the beans something to climb as they both grew and the squash protected the soil from drying out. There you have it, the “Three Sisters”.

A quick and simple dish you can make for dinner highlighting corn, beans, and squash is the Three Sisters Stew. A classic that’s perfect for this time of year. Feel free to change it up to your family’s preferences!

You could end the day with some yogurt topped with Wojapi, a Native American cranberry sauce. Besides yogurt, try it on your morning oatmeal, pancakes, or waffles, or even some ice cream!

Let’s end our Native American Heritage Month celebration with a children’s game. Traditionally, children’s games helped teach skills like agility, balance, and strength. This is a running game. Ask participants to line up. When everybody is ready give the signal to run and have them run as far as they can WHILE also yelling (loudly). When they run out of breath stand still. The person who runs the furthest is the winner. Great exercise and a fun way to enjoy being outside!

We hope you’ve enjoyed stopping by. We love the company. Come back again. Next month we will have new posts and recipes!

Appreciating the Red, White, and Blue 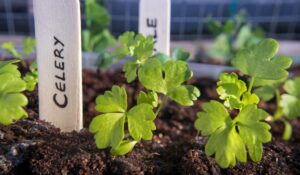 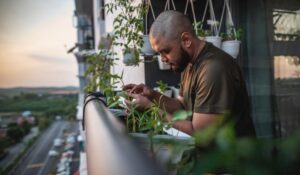 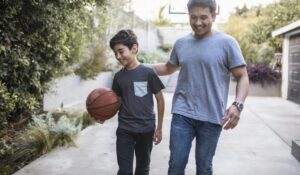